How Much is a Snowboard? (Buying Vs. Renting: Which Is Costly) 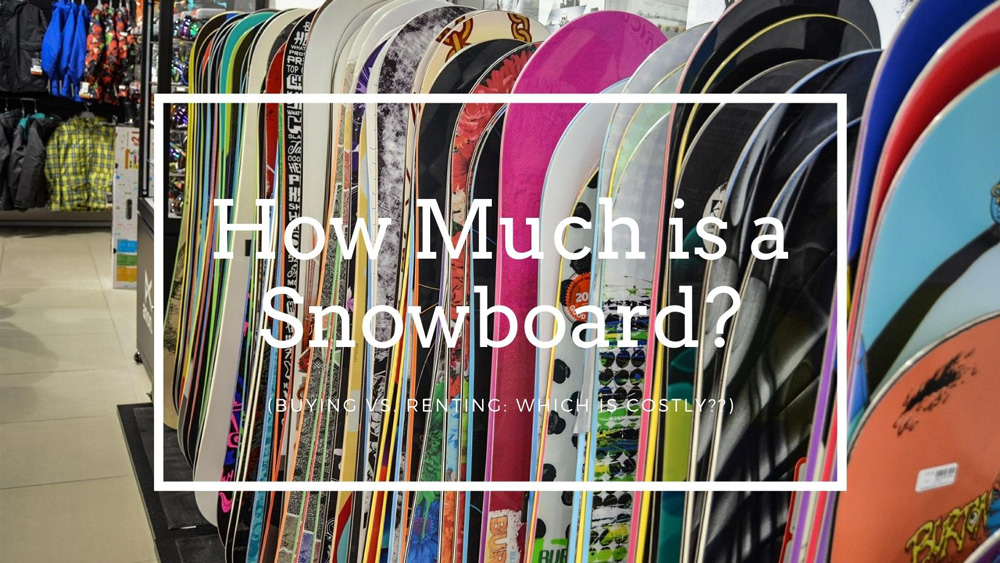 Snowboarding may look cool, but it comes at a price – literally.

Page Contents Show
1 How Much Is A Snowboard?
2 What Makes A Snowboard So Expensive?
2.1 Construction Materials
2.2 Cost Of Production
2.3 Marketing
3 Buying Vs. Renting Snowboards: Which Is Costly?
4 How Much Should You Spend On A Beginning Snowboard?
5 Is Used Snowboard Worth It?
6 Final Thoughts

Apart from bumps and falls, the price tags of premium snowboards on the market are enough to make a grown adult cry. With snowboards priced as high as $900 – and sometimes more, there’s hardly any budget left for other equipment, such as boots and safety gear.

Nevertheless, you can still make good decisions and cut your losses in certain areas to get the whole experience at a fraction of the price. But, first things first – do you know how much is a snowboard?

How Much Is A Snowboard?

Newly-released models can cost anywhere between $300 and $900 at a retail store. The considerable price variation is related to various factors, including construction materials, carbon stringers, weight, dampening, and so on.

However, most park rats agree that purchasing an expensive snowboard does not equal better performance in most cases. In fact, snowboard technology has hardly changed over the years, and different manufacturers often buy from the same suppliers. The only difference may be in the product’s brand name.

That said, plan your budget according to specific needs—factor in each piece of equipment, from snowboards and bindings to mp3 players and earbuds. Assuming that the calculations are realistic and practical, you will indeed find products on the market to suit your budget.

What Makes A Snowboard So Expensive?

In short – a blend of consumerism and manufacturing can be blamed for the steep prices of snowboards. Although a mid-range snowboard may perform almost as well as $800-$900 models, a few tweaks here and there may justify the price difference.

However, many experienced snowboarders agree that most high-range snowboards are overpriced, and most brands resort to marketing gimmicks to increase saleability. Nevertheless, here are a few reasons why a snowboard might be so expensive.

A snowboard is made of many parts, including the base construction, top sheet, core material, and edges. More often than not, high-end models are made with bamboo or synthetic material that provides the all-important “pop” and vibration dampening during jumps.

Moreover, manufacturers may lay carbon fiber stringers to provide progressive compressions, which adds to the price. On the other hand, Kevlar may be used as an alternative to carbon – although cheaper, it compromises the light and lively feel of its more expensive counterparts.

Similarly, sidewall construction can determine how expensive a snowboard will be. Freeride snowboards with a sandwich sidewall are more common in high-end models, whereas entry-level snowboards may have half-cap or cap constructions.

Apart from these differences, the addition of other features, such as stainless steel edges, a sintered base, and multiple layers, reflect on the final price tag.

Apart from overhead factory expenses and labor costs, a lot of design research occurs behind the scenes. For this, manufacturers may have to take the advice of multiple players, including pro snowboarders and technical experts.

Buying or renting a store and employing sales staff are just the tip of the iceberg. In such a competitive business, only a strong marketing team can pull off the alleged advertising gimmicks that help sell snowboards at sky-high prices.

That said, some sellers may sponsor pro snowboarders to demonstrate their equipment to get the word out. Lib-Tech, a well-known brand in the snowboarding community, is one such brand that employs aggressive marketing tactics and frequently collaborates with big names to build its brand name.

While the strategy has indeed worked in the brand’s favor despite its premium prices, other more low-key companies, such as France-based Rossignol, provide low-cost options. At the same time, Rossignol does not spend much on advertising and marketing.

Buying Vs. Renting Snowboards: Which Is Costly?

Not to mention how rentals often have a limited range of models — and some may not even be the right fit. On the other hand, you have the freedom to choose a well-suited snowboard if you decide to buy one.

Not only does this provide you consistency and eliminate the need to adapt to a new board every time, but there is also less risk of unseen damages. That said, if you plan to buy or rent Demo boards, always check the condition of the gear and how many days it has been ridden – anything more than ten days is a red flag.

How Much Should You Spend On A Beginning Snowboard?

If you are a beginner, there is absolutely no need to invest in an $800 snowboard, $500 pair of boots, and $300 bindings from the get-go. In fact, many newbies accumulate their gear over time and rely on rentals until they have a complete set.

That said, a decent freestyle starter board may cost less than $300, and you can also find $150 bindings that fit the bill. Some sellers may even offer bundle packages of starter boards and bindings for as little as $400.

As an added tip, go snowboard shopping at the end of the season to avail discounts on items that are deemed to be “last year’s models”, and thus put on sale.

Is Used Snowboard Worth It?

With a keen eye, some patience, and a lot of research, a used snowboard may be worth it. That said, there are plenty of models priced under $300-$400 that fall in the same price range as most mid to high-range second-hand snowboards. And although there are instances of people striking gold at garage sales and Craigslist, a disproportionate number are not so lucky.

As one Redditor put it, “at the end of the day, it’s a plank of wood with some metal wrapped around it.” However, if we know anything about the consumerism culture, it’s that excellent marketing can help sell anything.

Considering how the poster boys of snowboarding brands are fearless backflipping athletes on snow, their choice of instruments is indeed the object of envy. Combined with the brand promise of turning beginners into extreme sports athletes, it comes as no surprise that many people lust after expensive snowboards.

Ultimately, you may or may not fight the lure of marketing gimmicks. Just make sure you don’t break the bank on a snowboard, such that you aren’t left with anything for buying other essential accessories! 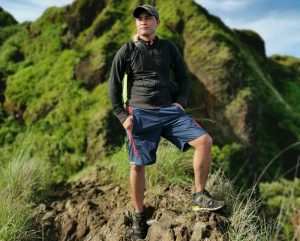